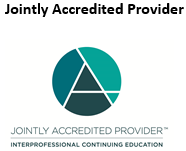 Currently, there is great research projects going on around the world. A huge gap in information exists between fast-paced scientific discoveries and the medical community. Our main goal is to bridge this gap by providing a CME program targeting physicians, patients, and, ultimately all viewers, about the great strides being made in the field of regenerative medicine and stem cells. We strive to provide knowledge and thereby enable the ability to separate FACT from FICTION.  Attendees, with accurate information, will be better able to navigate alternative therapy options and manage healthcare choices.

CME CREDIT INFORMATION for both LIVE and RECORDED webinars is located below.

Our REFUND POLICY is located at the bottom of the pag

Please NOTE the DATE. Not our usual day
NOTE #1:    All dates and times are subject to change.
NOTE #2:    Please click the title underlined below for more information about the Featured Guest Speaker AND the webinar.

NEW ON THE SCHEDULE! 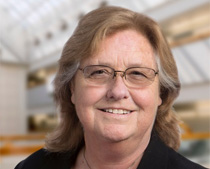 The first human pluripotent stem cells were derived in 1998 from 5 day-old embryos donated from in vitro fertilization clinics. In 2007, a new source of pluripotent stem cells was developed, by reprogramming skin cells to return them to their embryonic state. These remarkable cells exist only in culture dishes, but can make every cell type in the body.  The potential of pluripotency has sparked the imaginations of a generation of scientists. My personal stem cell journey started at the beginning, and has been endlessly exciting.  I’ll talk about presidents, lawyers, and courtrooms, foundations, and a company, as well as how the scientists in my labs mapped the genomes of these cells, discovered how to guide them to make neurons, make sure they are safe for human therapy, and developed a strategy to treat neurological disease. Along the way, we became conservationists, by making stem cells from the endangered Northern White Rhino, and we explored space, by partnering with the International Space Station to send our cells into space. Stem cells continue to be endlessly interesting, and I will never stop being curious about them.  I asked the Chat Open AI app to write a haiku about stem cells and the New Year, and I couldn’t have done better:

Rosa Canet-Aviles, PhD
CME Webinar | Tuesday, February 7, 2023 | 5:00-7:00pm PST
Registration NOW OPEN
CIRM: Scientific Programs and Opportunities
About Dr. Rosa Canet-Aviles, PhD: Rosa Canet-Avilés leads a team that actively works towards identifying the most promising basic and early stage research in stem cells and other areas related to regenerative medicine and enabling their success. Under her leadership, the Scientific Programs team manages a portfolio of hundreds of active programs that include basic mechanistic research, discovery, exploratory research, and identification of potential candidates for translational development. Rosa is also responsible for the internal and external collaborative networks and consortia that will result from the early-stage scientific programs managed by this group. Together with the rest of the leadership team, Rosa is responsible for the strategic alignment and connectivity with other CIRM programs (e.g., clinical networks, knowledge and data networks, registries, educational and communication portals) with the ultimate goal of translating all these efforts into cures. Rosa earned her PhD degree in neuroscience from the School of Medicine at Leeds University, UK. She also holds a BS in organic chemistry from the Central University of Barcelona.

Randy Schekman, PhD
CME Webinar | Tuesday, March 10, 2023| 5:00-7:00pm PST
Registration NOW OPEN
Tackling Parkinson’s disease with basic science
” As we now benefit from tremendous strides in the treatment of heart disease and cancer, the urgency of progress on the incurable neurodegenerative diseases, such as Parkinson’s disease (PD), is of paramount importance.”
About Dr. Schekman: Howard Hughes Institute Investigator and Professor of Cell and Developmental Biology; 2013 Nobel Laureate in Physiology or Medicine.
Dept. of Molecular & Cell Biology, University of California Berkeley.

If you enjoy our Educational Programs, PLEASE help us continue to provide these webinars and programs like them by DONATING today!

Registration & How to view past webinars

Quick registration:
Click NAME of the Guest Speaker you wish to register for. (Above.)

OR for more information about content and/or the Guest Speaker:
Click on the Title of the Webinar (Above.)
IF the registration & information is available, the links will be LIVE.
If a link is not working, please check back as the event date gets closer.

To view past CME & Non-CME webinars:  Click HERE
CME Credits are available for past CME webinars for one year.

In support of improving patient care, this activity has been planned and implemented by CME Outfitters, LLC, and Summit for Stem Cell Foundation. CME Outfitters is jointly accredited by the Accreditation Council for Continuing Medical Education (ACCME), the Accreditation Council for Pharmacy Education (ACPE), and the American Nurses Credentialing Center (ANCC), to provide continuing education for the healthcare team.
Physicians (ACCME)
CME Outfitters, LLC, designated this Enduring activity for a maximum of 2.0 AMA PRA Category 1 Credits (TM). Physicians should claim only the credit commensurate with the extent of their participation in the activity.
Nurses (ANCC)
This activity is designated for 2.0 contact hours.
Note to Nurse Practitioners: Nurse Practitioners can apply for AMA PRA Category 1 Credit (TM) through the American Academy of Nurse Practitioners (AANP). AANP will accept AMA PRA Category 1 Credit(TM) from Jointly Accredited Organizations. Nurse Practitioners can also apply for credit through their state boards.
All other healthcare professionals may receive a Certificate of Participation stating this activity was certified for AMA PRA Category 1 Credit(TM).
Claiming Credit:
Successful completion of this CME/CE activity includes participating in the live or recorded activity, reviewing the course materials, and following the appropriate set of instructions on the IMPORTANT Information document available to download associated with each webinar via the link provided.

HOW TO CLAIM CME CREDIT:
LIVE – Claiming Credit: Successful completion of this CME/CE activity includes participating in the live or recorded activity, reviewing the course materials, and following the appropriate set of instructions below within 30 days of completion of the activity:

To complete your activity evaluation and print your certificate or statement of credit immediately,
please visit (requires free activation): https://www.cmeoutfitters.com/su-007/

ENDURING – Claiming Credit: Successful completion of this CME/CE activity includes participating in the live or recorded activity, reviewing the course materials, and following the appropriate set of instructions below within 30 days of completion of the activity:
To complete your activity evaluation and post-test online, and print your certificate or statement of credit immediately (75%pass rate required), requires free account activation, please visit: https://www.cmeoutfitters.com/su007e-p/

Special Thanks to our Sponsor:

All 2022 CME & NonCME Webinars are
FREE to attendees thanks to the generosity of our sponsor:
The Seim Family.

If you are unable to attend a LIVE webinar, you may cancel up to the scheduled time of the event and receive a full refund. No refunds or exchanges for On-Demand Recoded Webinars. (Not yet available.) Refunds or exchanges for a LIVE webinar will not be given for no shows. As an alternative to a refund, you can substitute a registration for a future live webinar or have your fee converted to a tax deductible donation.

In the rare event that a webinar is cancelled or postponed due to unanticipated circumstances, registrants will be notified immediately and given the opportunity to either transfer their registration to another webinar or obtain a refund.

This policy supersedes all other policies regarding the LIVE CME Webinar series.

Quick registration:
Click NAME of the Guest Speaker you wish to register for. (Above.)

OR for more information about content and/or the Guest Speaker:
Click on the Title of the Webinar (Above.)
IF the registration & information is available, the links will be LIVE.
If a link is not working, please check back as the event date gets closer.

To view past CME & Non-CME webinars:
CME Credits are available for past CME webinars for one year.
Click HERE CME & Webinar Gallery on the Menu.